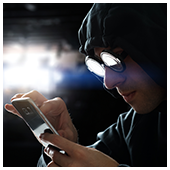 Scam artists will stop at nothing to make an extra buck, which means that people need to be vigilant about protecting their valuable information. While the phone is still a popular method of approach, the Internet has opened a new avenue for the scammer to attempt to steal your money. Keep reading to find out why younger consumers are more prone to falling for new scamming tactics.

Microsoft recently conducted a survey of 1000 computer users of all ages and from many of the largest countries in the world to find out how many of them had been scammed by phony “technicians” claiming to be employees of Microsoft or other major computer conglomerates. The results were startling when studied demographically. Researchers discovered that seniors, who were traditionally viewed as the major victims of such fraudulent schemes, were not the most likely group to fall for the scam.

Research indicated that although seniors were most likely to buy into a telephone scam, they still did not fall for the act as much as younger age groups. The study found, in fact, that between the ages of 18 and 24, people were 2.5 times more likely to fall for the scam than seniors. Those between the ages of 25 and 34 were three times more likely than seniors to be tricked.

The scam that the Microsoft company recently studied involved the following scenario: Either a person calls claiming to be a technical support technician, or an email or pop-up alerts you that your computer is locked or otherwise compromised. In order to fix the problem, you need to call someone and pay for a program or provide access to your computer so some purported technician can solve the problem “remotely.”

If you fall for this scam, you are giving them funds for a false program or access to your computer — which also allows them access to your personal data and the ability to install malware onto your system. The study revealed that two-thirds of those surveyed (around 660 people) had experienced the scam first-hand. One in five had listened long enough to hear the story, and 1 in 10 actually gave the scammer money.

While older adults often respond more to phone calls, younger people have learned to ignore phone calls, saving them from being phone victims. However, because younger adults spend the majority of their time online and often remain acutely aware of the status of their computer and online presence, they are more prone to react to a pop-up or email claiming that their computer is in danger. Nearly 60% of the adults aged 18-24 in the study say they were exposed to the scam through pop-up ads or online correspondence.

The takeaway here is simple: Cybersecurity is about more than just firewalls and antivirus software. You need to shore up the human side of your protection protocols. The best way to start is by doing some quick research on social engineering in our previous blogs, but ultimately you’ll need something a little more thorough. Contact us today for more tips and to ask about scheduling a cybersecurity training for your employees.